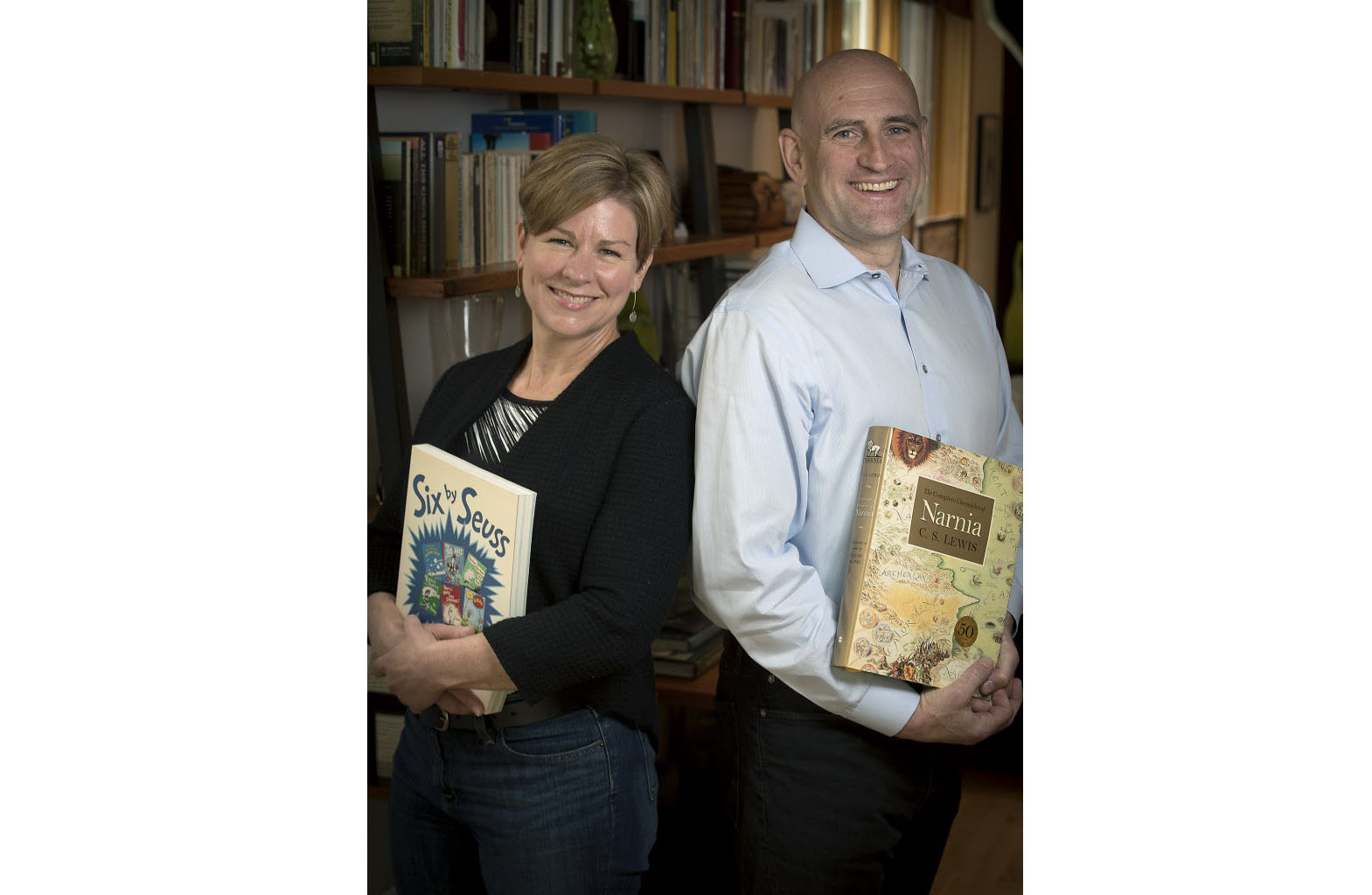 On the eve of summer vacation, two Minneapolis management consultants will give away 40,000 new books to Minneapolis first- and second-grade students — no strings attached.

They're convinced that free books can be a simple and inexpensive fix to the thorny problem of kids from poor households losing more reading skills over the summer than their middle-class peers.

On the eve of summer vacation, two Minneapolis management consultants will give away 40,000 new books to Minneapolis first- and second-grade students — no strings attached.

They're convinced that free books can be a simple and inexpensive fix to the thorny problem of kids from poor households losing more reading skills over the summer than their middle-class peers.

Starting June 5 their nonprofit, called "Start Reading Now," will give 10 books to each of 4,000 students at 30 Minneapolis public schools. Kids get to pick out the titles they want at a book fair and take them home to read whenever they want.

Kevin Terrell and Pam Longfellow started the nonprofit in 2014 and have doubled their efforts every year since.

"Our mission is really around summer setback and the achievement gap," Terrell said. "Poor kids literally have nothing to read over the summer. We hear from teachers these kids simply don't have books in the home. If they don't read, they don't learn.

"It's ridiculously cheap. We could do it for every low-income first-, second- and third-grader in Minnesota for $3 to $4 million. That's equivalent to a rounding error in the state budget."

Start Reading Now has no office or full-time employees. Terrell and Longfellow moonlight as philanthropists, raising $160,000 in donations this year and using nearly all of it to buy books at a discount through Scholastic Corp. The program costs about $40 per child and includes a backpack to carry the books.

There are no assignments or tests at the end of the summer, Terrell said. The charity aims to give books once a year to the same group of kids for three years so they will have their own mini-library of 30 books.

Terrell and Longfellow's goal now: to expand the program to school districts across the state, and inspire similar programs across the country.

Terrell, a self-confessed public policy wonk and an Independence Party candidate for the U.S. Senate in 2014, said he was inspired by research that showed giving books to kids for summer reading could be more effective than summer school — and at a fraction of the cost.

Researchers, led by University of Tennessee education Prof. Richard Allington, gave 15 books to 1,000 first- and second-graders at high-poverty schools on the last day of class. Children were allowed to select their titles. A second group of kids didn't get books.

At the start of the study, the two groups were at similar levels of reading development. But after three summers, "the kids receiving books read significantly better than the control group."

Minneapolis Public Schools is welcoming the help offered by the nonprofit.

"Anytime a child has a book and is reading, it's going to increase their chances of success," said Daren Johnson, director of extended learning for Minneapolis schools. "The students may not have access to purchase these books."

Longfellow, a former chief financial officer of the educational nonprofit Think Small, said that school officials, teachers and students are all enthusiastic about the project.

Instead, they said, children relish choosing the titles. Many even end up selecting a book or two for a sibling.

"Kids who have nothing, their first inclination is to go get something for somebody else," Terrell said.

Some of the more popular book series include "Diary of a Wimpy Kid," "Pete the Cat" and "Peppa Pig." Books on sharks, bugs and animals fly off the shelf. Children often come in looking for sequels to books they chose the previous summer.

"People get what we are doing and the simplicity of it," he said. "There is no downside to kids having their own library of books."

Jim Wolford, CEO of Atomic Data, a Minneapolis-based computer consultant, contributed $45,000 to the charity this year.

"I know as a father that when my two boys started reading, their worlds and minds exploded and all boundaries fell away! I wanted that for every child in my city and, if I could, in the world," Wolford said.

Terrell said the biggest criticism they get is from folks saying the program is, if anything, too simple.

"You get people saying, 'It's not complicated or sophisticated enough as a solution. What are you doing to make sure the books get read?' " he said.

Some say kids should use the library. Others argue that books are antiquated, and that the focus instead should be on reading apps, tablets and computers.

"The assumption is you have to solve all problems," Terrell said. "The biggest problem is, they don't have anything to read. Solve that problem. It's the simplest, easiest solution."

Test scores aside, Terrell and Longfellow want their charity to help kids build self-identities as readers. As a child, Terrell said that he read science fiction and fantasy. "I was the kid with the flashlight under the blanket," he said. Longfellow recalls reading the classic "Heidi" and Laura Ingalls Wilder's "Little House" series.

Their childhood reading brought joy and escape, they said, but also built a foundation for the rest of their education, their careers and civic life.

"You can't be a good citizen if you are don't have an education. You can't get educated if you can't read," Terrell said.